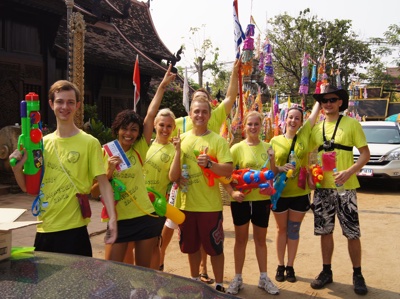 Songkran Festival Will Have You Fixin’ for a Fight

Come April, the fight is on in Thailand, but don’t head for the hills – grab your water pistol and join in!
The Songkran Festival is the world’s largest water fight, officially taking place from 13 to 15 April every year, and the most fun you can have in Thailand while getting your feet, and the rest of yourself, wet.

Like so many interesting happenings in the world, Songkran is closely linked to belief and symbolism and is seen as a chance to quite literally cleanse yourself of all the previous year’s wrongdoings, wash away your troubles, and refresh mind and soul for the year ahead. We think it is a great way to join in celebrating local customs and the most fun you can have with a bucket of water in a public place. It seems like a fantastic idea to wash away any frustrations, and take the edge off the scorching summer heat of Thailand.

There is also a spiritual element to Songkran, and many of the locals visit Buddhist monasteries and monuments during this time, with gifts of food for the monks. Here, they pour water effused with exotic perfumes, into the palms of elders and Buddhist effigies in exchange for blessings, and as a sign of respect. Traditionally, it is also a time for cleaning house and getting rid of any junk in preparation for a brand new year, as well as rekindling ties with family. 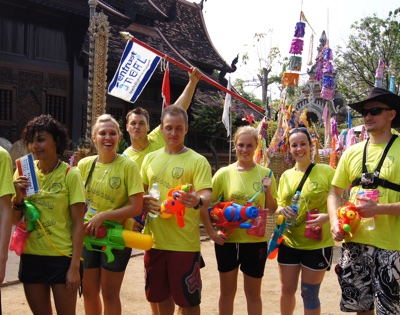 Songkran is the Thai form of a Sanskrit word which describes the entry of the sun into any sign of the Zodiac, in this case Aries, and is an official three-day holiday in Thailand and other countries such as Burma, Cambodia and the Lao State. In this respect it is similar to the Christian festival of Easter, the Indian Holi celebrations and the Chinese Ching Ming. On occasion, a four-day holiday is declared, and many of the locals take off work and celebrate for as long as six days. 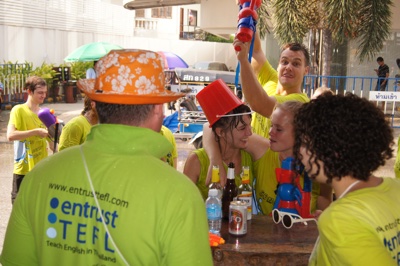 What can you expect during Songkran? Well for starters there will be a whole lot of dousing in the streets, and you can expect a good soaking if you venture near any of the celebrations. Street parties and special events are also on the cards, and children love this time of year when they can spray all and sundry with their water pistols.

We will certainly be joining in the fun, will you be having a blast at Songkran this year?

Comments are closed, but trackbacks and pingbacks are open.